Turkmenistan and Georgia to expand trade and economic cooperation

The issue was discussed in the frame of the online negotiations of the UIET chairman and the Georgian ambassador. The Turkmen authorities intend to expand mutually beneficial relations with the Georgian government in trade and economic spheres. The issue was discussed during online negotiations between the head of the SPTT Dovran Hudayberdiev and the Georgian ambassador Mamuk Murjikneli on June 24. It was reported by the press office of the SPPT.

The chairman of the union of industrialists and entrepreneurs told the diplomatic representative about the implementation of large investment projects in Turkmenistan. According to him, good results were achieved in the production of building materials, food industry, livestock.

Hudayberdiev underlined that SPPT sees great potential in the development of trade and economic cooperation between the countries. Murjikneli, in turn, noted the interest of the Georgian authorities to increase contacts between businessmen of two states. The ambassador also noted that he will make every effort in this direction.

It must be added that diplomatic relations between Turkmenistan and Georgia were established in 1992. The main vector of partnership is the transport sector. An important place in this direction is occupied by the transport and transit route Lazurite Corridor, which links Afghanistan, Turkmenistan, Azerbaijan, Georgia, and Turkey. 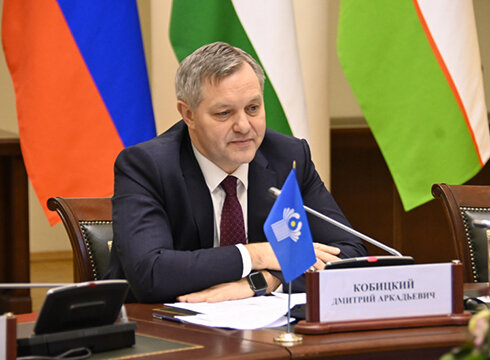