It was noted that Kazakhstan was one of the first countries to ratify the Paris Agreement (December 6, 2016). Addressing the global high-level forum, the Prime Minister noted that Kazakhstan was among the first states to ratify the Paris Agreement of December 6, 2016. With the view to implementing this document, the Republic is to reduce greenhouse gas emissions by 15% by 2030. For this purposes, Kazakhstan has updated the Nationally Determined Contribution (NDC) and improved environmental laws.

Askar Mamin said Kazakhstan would increase electricity generation from renewable sources by 5 times and from safe sources by 2 times in line with environmental decisions. Moreover, the cubic   footprint of carbon capture will be expanded by planting 2 billion trees over 3 years.

The representative of the Republic of Kazakhstan reminded that President Kassym-Zhomart Tokayev had announced Kazakhstan’s commitment to achieving carbon neutrality by 2060 at the last year’s forum on climate change. With the view to achieving this goal, the Government of Kazakhstan has launched the final development phase of the strategic programme that will boost reforms in nearly all sectors of the economy. 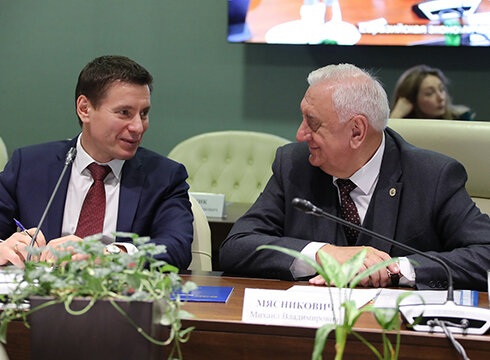